SACO – High school students, especially boys, may be reticent about sharing their interests and passions. More than anything, they often want to remain as a part of the crowd of students that sometimes silently fill the hallways and classrooms of their school. 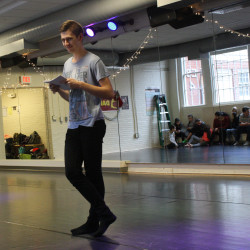 When Vojtech (“Vojta”) Machtyka decided to leave his home in the Czech Republic and attend high school in the United States, he understood he would not be just another student, and now, as a senior at Thornton Academy, he has made sure that is the case. This fall, Machtyka introduced his teachers and fellow students to a lifelong passion of his, ballroom dancing.

“I have been dancing professionally, back home, for the past six years,” he said. “My dance partner and I would travel to cities all around the Czech Republic and compete in dance competitions.”

With his partner, he won many of the competitions they entered and often competed against dancers twice their age. 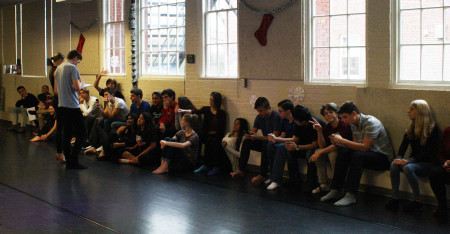 Machtyka came to the Saco school as a junior, in part because of its proximity to Boston, its academic offerings, but also largely because of Thornton Academy’s commitment to the arts.

“At home, we would practice every day for two or three hours after school, and when I came here, I immediately joined the dance classes and the dance company.”

Machytka has had an impact on students and teachers alike. Emma Campbell, the primary dance teacher at Thornton, said it is unusual to have a student in her classes from the Czech Republic, but for students from that country, ballroom dancing is a commonplace activity. 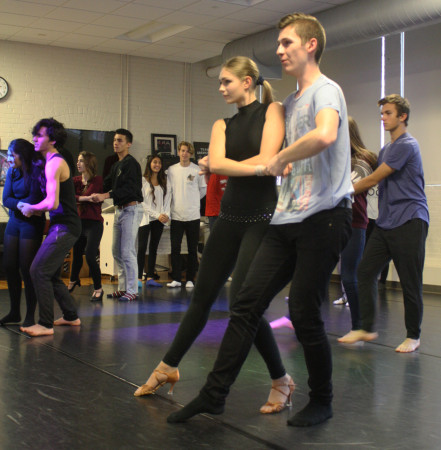 “It’s more socially acceptable for students there,” she said. “There are a few people in this part of the world who do this, but it is mostly people from Eastern Europe.”

But as Campbell said, Machytka wanted to show other international students at the school that studying dance or performing could become part of the normal school day.

“We’ve always had a group of international students perform, but they never wanted to be part of the classes. That all changed last year, and we had so many more sign up this year. He changed that,” she said.

“He has an infectious personality and talks about this all the time. He encourages people to come out and try it. He just wants them to have fun.”

The ballroom dance class at Thornton is held Friday afternoons, and during the most recent class, the room was filled with 18 boys and 18 girls. Many of those dancing in jeans and socks were athletes or students who are not part of the formal dance program.

Machtyka is fortunate. This year, another ballroom dancer from Ukraine enrolled at Thornton and she was looking for a partner. Like Machtyka, Yana Levushevska competed throughout her homeland and now the two of them lead groups of students through primary elements of the dance.

“It’s just the basics, but it’s fun,” he said. “We are not competing, but we are getting a piece ready for the January dance show.”

The two senior dancers will graduate this June, and they are not sure the class will continue, but they are hopeful.

“We try to make it fun, but we’ll see. Right now, we are the only teachers,” he said.

The dancers both agree the dance program itself seems to get stronger and more popular each year, and even if they do not have a ballroom class, it will continue to grow and expand to both genders. During the performances scheduled for Jan. 12 and Jan. 13, there will be at least one dance performed solely by boys.

“Since I came here, a lot more boys are doing dance,” he said and smiled. “I think I helped with that.”

Next year, Machtyka hopes to attend a university in the United States and study economics, math or international business. But no matter what discipline he studies, dance will always be part of his life.

“Ballroom has always been a big part of my life and home,” he said. “I wanted to start the tradition here and hopefully pass it on to the students.”

Originally from away, but here to stay - Maine is my home and I love writing stories about the people and places from my end of the state. I am a teacher and writer and my first novel, "Homecoming: A Soldier's Story of Loyalty, Courage, and Redemption" is available now at www.BrysonTaylorPublishing.com